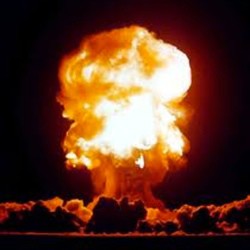 Imagine with me that it’s Sunday morning, the song leader is in the middle of the third hymn, and you are following him perfectly with the on-screen lyrics. But then he forgets the words, causing you to lose your place and advance too many slides. The end result is the song leader has to stop since everyone is all befuddled.

Or how about this scenario… you ran a full sound check before the service and everything worked. But during the special you see the choir director on stage pointing to the monitors—they are not working. Now what?

One more… you are preparing for an event with lots of video at a rented facility, and you order brand new video cables for the projectors you will be setting up, taking no chances on those old ones you had lying around that had seen better days. You install them, and everything checks out perfectly in your testing. But when the program begins one of the screens goes blank. After a quick emergency check, you find that one of your brand new cables is bad!

Unfortunately, I don’t have to imagine these scenarios, because these are all actual technical failures I’ve seen during my years of ministry. And I’ve seen different reactions to them as well, both by me and techs I’ve trained. The first scenario above resulted in the tech making excuses, getting upset, and making sloppy decisions the rest of the service. The second was greeted with a blank stare and a “deer in the headlights” look. But the third was met with calmness, execution of a plan, and went almost unnoticed by the majority of the people there.

What made the difference? Why did some situations cause disruptive frustration or inactivity while another was resolved with little fanfare? In one of these scenarios the tech had planned to fail. He ordered a spare video cable on the off chance that something went wrong. He quickly changed it out, and everyone was back in business.

One of the things I had to learn early on in my A/V career was to anticipate what could go wrong, or in other words, plan to fail. Always ask yourself, “If this goes wrong, what will I do?” Or as I train my techs, “Always have a Plan B.” Think through the potential pitfalls of your next big church production. Have a spare mic ready to go in case one dies during a service. Know where the breakers are in case you trip one setting up your lighting rig this Easter. Have an extra cable handy in case one goes bad.

Take some time, and “plan to fail.”

One Response to “Plan to Fail”